A series of clamping systems for suspension arm production

Raufoss Automotive Components is a world leader in the manufacture of light alloys car components. Clamping of this type of work-pieces is especially difficult due to the delicacy of the casting structure prior to machining and the softness of the material itself. 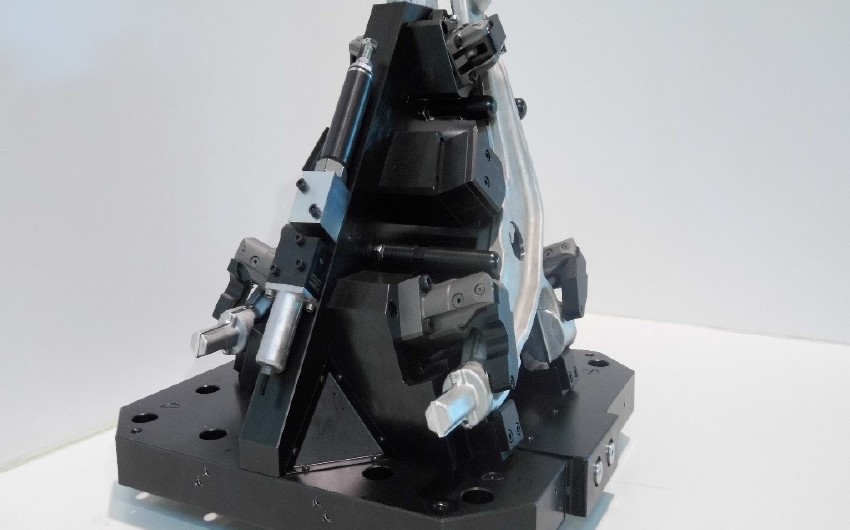 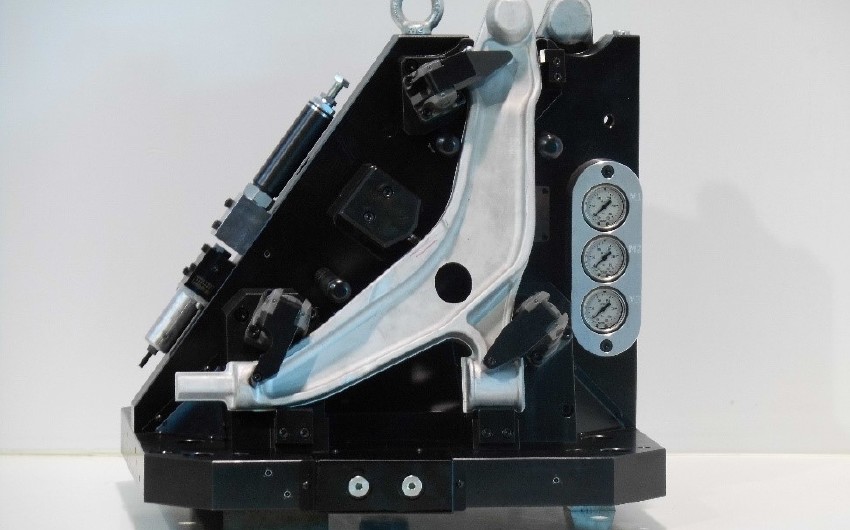 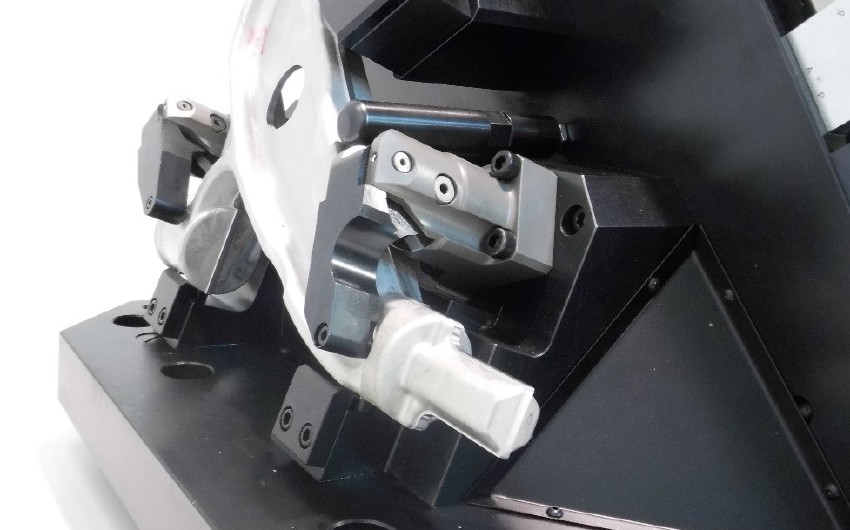 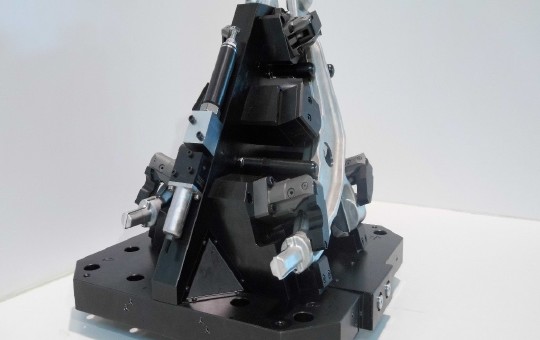 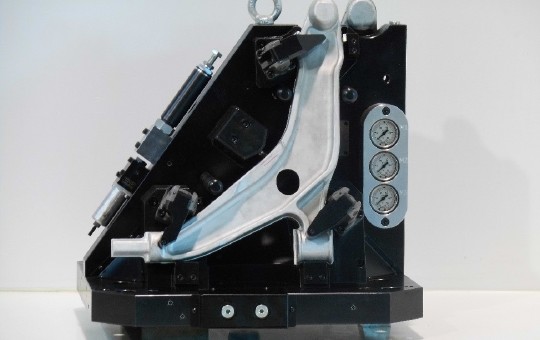 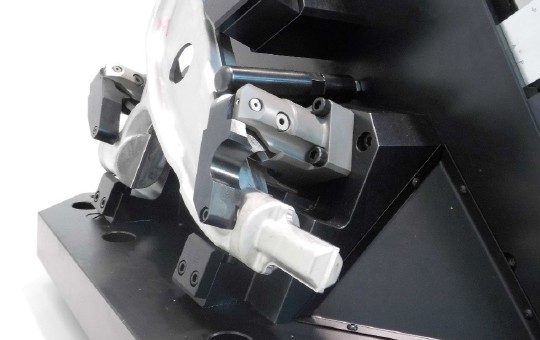 Frequently asymmetric, fanciful shapes of work-pieces cause a lot of difficulties in fixing the part. In addition, the manual clamping does not give any repetition and it is a subject to high risk of error.

The question was “how to work with a series of hundreds or thousands parts that differ from each other in terms of production technology, that additionally are distinguished for two different types of traffic (right and left hand) for several different series of vehicles?”. We found an answer - techTEAM has developed a number of unique clamping solutions that are quick-changeable on the machine and provide excellent machining performances. The precision of performance is enormous since these elements go to a premium class cars of the famous Scandinavian manufacturer, cars that often reach the speeds of 250 km/h!

Photo no 1 presents a clamping system for suspension arm production, mounted onto the working table of Mazak’s 5-axis double-pallet machining center Variaxis 630-2PC. An important feature of this system is its ability to quick change in order to fit the work-pieces for left-hand traffic.

In the systems for the automotive industry, there are some factors that particularly important. One of them is so called “air control” of a workpiece position. Air controllers in the form of compressed air nozzles monitor if the work-piece sits in exactly defined position.

We feel proud to be able to enhance the production processes of our clients and Raufoss is yet another example of a very successful collaboration.

Global automotive concerns often order the components “in pairs” for cars adapted to right- and left-hand traffic. Although most of us still see the steering wheel on the right side as exotics of the British Isles, it is estimated that about one-third of the world population lives in countries where left-hand traffic exists, and more than a quarter of the world's vehicles move on the left side of the road.

Still, in some countries, there are debates on changes in traffic patterns, some of them are very turbulent. The most spectacular example of converting left-to-right hand traffic is Sweden, where on September the 1st 1967 (so-called "Dagen H") the organization of the left-sided movement to the right was changed. The change was preceded by National referendum and tempestuous social discussions. And although the malcontents were looking for an Armageddon on the first day of the change,  there were "only" 125 accidents on that very day, just as in the normal day of the week. The change was accepted and functions to the satisfaction of Sweden being the EU member today.

Nowadays few people remember that in Stockholm they used to drive the same way as in London!